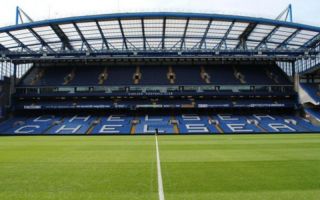 David Luiz revealed that he would have left Chelsea if former boss Antonio Conte stayed over the summer, Luiz was speaking to BT sport after yesterday’s 1-1 draw with Liverpool.

David Luiz surprised a lot of people by putting on a defensive masterclass against Liverpool – one of the most devastating attacking forces in world football.

Chelsea dealt with Liverpool’s attacking trio of Sadio Mane, Roberto Firmino and Mohamed Salah very well and it is one of the rare occasions in the last 12 months that the trio have been kept quiet.

This is testament to how well Maurizio Sarri has transformed this Chelsea side who plummeted to a fifth place finish under  Antonio Conte last season despite winning the title in style the year before.

See More: Eden Hazard’s youngest brother Ethan is starting to catch the eye of Chelsea and the teenager looks set to follow in his brother’s footsteps

Luiz made the revelation when speaking on BT Sport’s Premier League tonight show after yesterday’s game:

Me: “Would you have left if Conte has stayed?”

Last season, Luiz fell out of favour with Conte and was forced to watch from the sidelines as Chelsea failed to build on their title winning season.

Luiz told BT Sport how close he was to leaving Chelsea in these quotes obtained by The Sun:

“I had a contract with Chelsea,” he said. “I had two offers from different clubs but I said to Chelsea I want to stay and so I’m going to wait and if Chelsea take a different manager I’m going to show them and stay in Chelsea and that’s what I did.

Luiz has returned to the confident and assertive centre-back he once was years ago under new boss Maurizio Sarri and all the credit should go to the Brazilian for sticking to his guns at Chelsea and managing to revive his career when many players would give up.