Manchester United may have competition for Zinedine Zidane amid talk that they’re working to hire him as a replacement for Jose Mourinho.

Today’s print edition of Tuttosport claims the former Real Madrid manager could now be in contention for a role at another of his old clubs Juventus.

However, he is not being lined up to replace the immensely successful Massimiliano Allegri as manager, but as a new director to replace Giuseppe Marotta.

This would be a surprise twist given such lengthy speculation that Zidane could be set for Old Trafford after his huge success as manager of Real Madrid, where he quit in the summer. 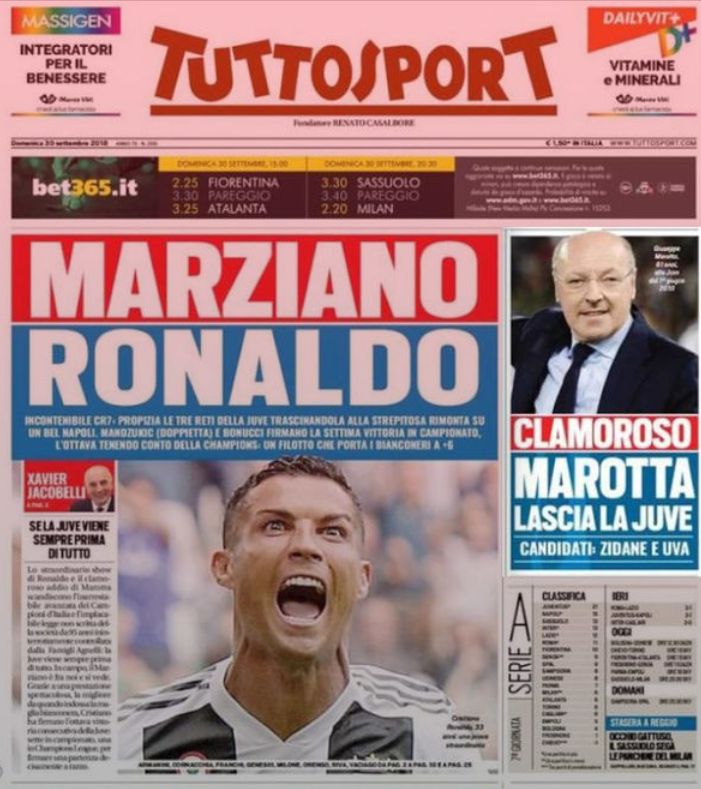 The French tactician would surely be wasted in a director’s role after leading Madrid to three Champions League titles and La Liga in less than three full seasons in charge at the Bernabeu.

This makes him one of the most successful managers in European Cup history and he seems ideal to replace the struggling Mourinho at United.

Mootaz Chehade claims the Red Devils are stepping up efforts to hire the 46-year-old as they believe it could help them keep Paul Pogba.

It would be a big blow if Zidane ended up at Juventus instead as there aren’t many other obvious available managers right now who could come in at Old Trafford.

Manchester United are so keen on keeping Paul Pogba at the club and they see the best way to do so is to speed up the negotiations with Zinedine Zidane, they believe the French boss can get the best out of Pogba and stop his agent from trying to find a way out.