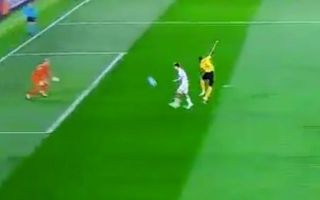 Juventus took just four minutes to find a breakthrough against Young Boys, with Paulo Dybala putting them ahead in Turin.

The Bianconeri were looking to build on their win over Valencia last time out, but they were having to do so without Cristiano Ronaldo due to suspension.

That didn’t seem to bother them one bit as they opened the scoring early on with Bonucci playing a wonderful ball over the top to find Dybala who needed just one touch to divert the ball into the back of the net, as seen in the video below.

There’s real quality in this goal from start to finish, and coach Massimiliano Allegri will certainly be hoping to see much more of the same from his side to put the game to bed and continue their impressive 100% start to the season both domestically in Serie A and in the Champions League.

Further, they’ll also continue to impress if they prove that they can still pick up positive results even without Ronaldo leading their charge…

That was quick. Dybala 1-0. Great long ball from Bonucci. pic.twitter.com/wSLNI7YvKA