Lionel Messi and Luis Suarez are two of the Barcelona stars who are aware that one of the club’s stars isn’t best pleased with manager Ernesto Valverde.

According to Diario Gol, both Suarez and Messi and aware that Brazilian winger Malcom is ‘more than angry’ with the Blaugrana boss, and that the 21-year-old isn’t part of the Spaniard’s plans.

The report also notes that the winger’s ‘surroundings’ are far from pleased with the situation regarding Malcom, and that the Brazilian is begining to regret his decision to move to the Nou Camp given how much play time he’s had so far.

It’s easy to see why Malcom would regret moving to Barca, however some will surely call for the player to give it more time before fully regretting his decision to move to the Nou Camp.

The former Bordeaux man has failed to start a game for the Spanish giants so far this season, and has often been reduced to appearances off the subs bench.

Given the hype and excite that the club’s fans generated when they first signed the winger earlier this year, some will surely be disappointed about the lack of minutes the player has had so far in Catalonia. 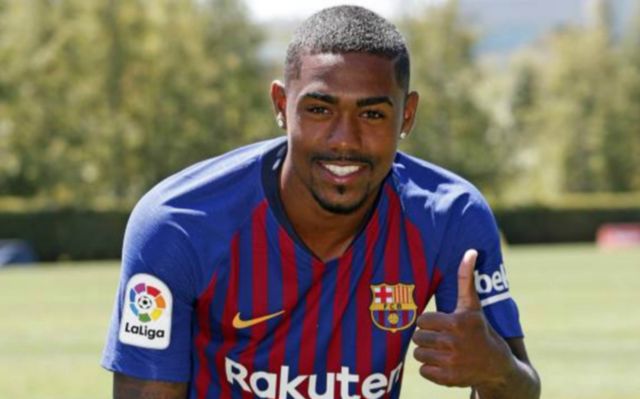 Malcom is reportedly beginning to regret joining Barcelona this past summer

Malcom will surely be given more first team opportunities in the future, however if Valverde continues to start him on the bench, or leave him out of match day squads altogether, it won’t be far off suggesting that we could see him look to leave the club in the future.