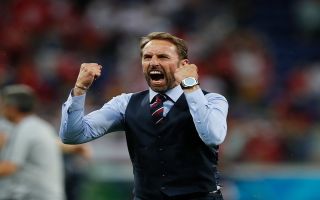 Gareth Southgate is understood to have verbally agreed a new contract as England manager that will see him through until after the 2022 Qatar World Cup.

Southgate’s current deal was set to expire in 2020 but after guiding England to the semi-finals of the World Cup in Russia this summer, the 48-year-old has been handed a new contract with improved terms until 2022.

The Daily Mail reported that Southgate will earn £3m a year for his role as England manager.

The deal is expected to be announced on Thursday when Southgate will announce his squad for the upcoming UEFA Nations League clashes against Croatia and Spain.

See More: Jose Mourinho potentially just days away from sack after shocking everyone at Manchester United

Southgate will have to turn his attention to dealing with a potential injury crisis – Dele Alli is sidelined with a hamstring injury and a recall for Ruben Loftus-Cheek may be unlikely given the midfielder’s lack of action for Chelsea so far this season.

Although this could see the inclusion of some potential ‘newbies’ to the senior squad, Leicester’s James Maddison could be called up after impressing in his debut Premier League season.

Southgate become a national sweetheart this summer after rebranding and rejuvenating the national team at the World Cup in Russia and fans will hope that Southgate can once again work his magic and lead this country to glory.