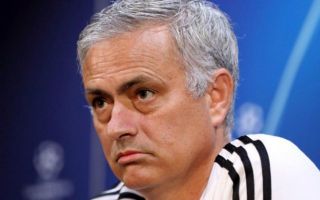 Manchester United manager Jose Mourinho could reportedly face the sack if his side lose their next game against Newcastle.

The Red Devils are on a rotten run of form right now, failing to win any of their last four games in all competitions.

The mood at the club does not seem good and it might not be long now before United decide to pull the trigger and part company.

According to the Sun, the Portuguese could well be gone within the next few days if his team suffer another bad result in their next Premier League match this Saturday.

The report states everyone at Old Trafford has been ‘startled’ by the dramatic slide Mourinho has overseen at the club this season.

There have been numbers of negative headlines like this surrounding United and Mourinho ever since pre-season, and there’s also been plenty of speculation about who could replace him as manager.

Zinedine Zidane’s name has come up most, but the Independent claim Tottenham boss Mauricio Pochettino would be the preferred option.