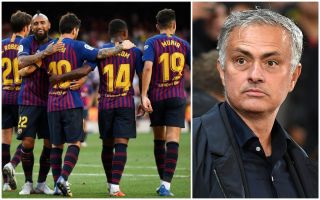 Manchester United could be handed a major transfer boost this January as Malcom looks to be considering leaving Barcelona already.

The Brazilian forward joined Barca from Bordeaux in the summer but has not managed to establish himself as a regular at the Nou Camp so far.

Malcom has previously been linked with United in the past, having caught the attention of plenty of top clubs before moving to Barcelona.

In fact, United were most strongly linked with the 21-year-old just before they moved for Alexis Sanchez instead, though the former Arsenal attacker has been a major flop at Old Trafford.

Malcom to Manchester United transfer back on?

With Don Balon now claiming Malcom’s future is up in the air, United may well be on alert for his availability again as they surely need to strengthen their attack.

There has been talk that Sanchez may never even play for United again, and if that leads to a January move then the Reds will surely be in the market for an available player like this one.