Real Madrid have reportedly tabled a €20M offer to PSG for French midfielder Adrien Rabiot, a player who is also a target for fierce rivals Barcelona.

This is according to Diario Gol, who note that the 23-year-old has turned down PSG’s latest contract offer, and that the player is desperate to seal a move away from the French capital.

The report also notes that club president Florentino Perez is eager to quickly secure a deal for Rabiot due to Barca also being keen on him, and that PSG may ask for €30M for the midfielder, a fee that Perez is more than happy to pay.

Rabiot has already managed to establish himself as a mainstay in PSG’s starting XI despite being just 23, an impressive feat considering the amount of talent Thomas Tuchel’s side have at their disposal.

Real Madrid’s main central midfielder, Luka Modric, is already 33 years old, and it may very well be time to think about finding a replacement for the Croat, and Rabiot could definitely be the man to do that. 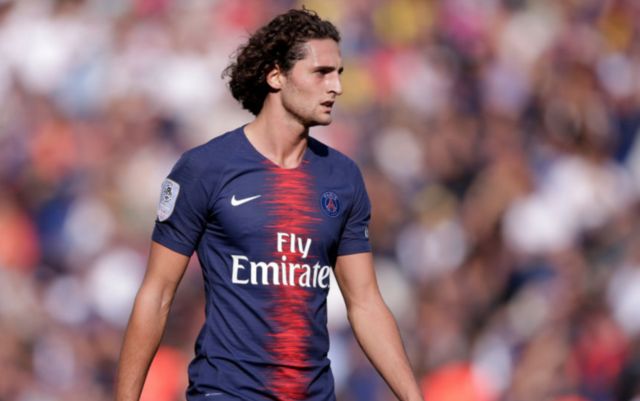 Getting Rabiot for €20M, or either €30M if it comes to it, would still be an absolute bargain, as the Frenchman has a very high sealing, and may just have the potential in him to become a world beater one day.

Only time will tell if Real are successful if their attempts to land Rabiot, something we’re sure their fans will be hoping to see given how good the player actually is.