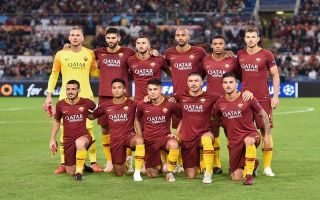 AS Roma goal machine Edin Dzeko was surprisingly not awarded the Man of the Match award for his hat-trick-hero performance against Czech Republic first division side Viktoria Plzen last night.

Roma brushed aside Viktoria Plzen with ease, showcasing the difference in quality by winning the game 5-0.

Despite the impressive victory it was the post-match decision on deciding the Man of the Match which stole the spotlight.

Edin Dzeko scored a hat-trick for Roma but was surprisingly overlooked for the award, Roma used fan poll to determine the Man of the Match and Turkey star Cengiz Ünder won the popular vote to claim the award.

Last night, Edin Dzeko scored 3 goals against Plze?, got 100% of his shots on target, received an Opta Player rating of 9.99 & became the 1st Roma player in history to score a #UCL hat-trick.

Congratulations Cengiz Under on being voted #ASRoma @qatarairways Man of the Match! ? pic.twitter.com/cpNRynLdeo

Ünder may well have to present Dzeko with the Man of the Match award in the near future as a sign of good faith but it should also be noted that the 21-year-old is impressing in Rome and looks to be the man at the forefront for the new generation of Turkish football.