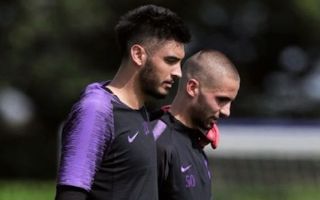 Whiteman turned 20 on Tuesday and Gazzaniga was keen to celebrate the birthday with his teammate.

The images were captained with the message: “Happy birthday my friend @alfie_whiteman”.

Gazzaniga also uploaded a photo from the Spurs dressing room showing his and Whiteman’s jerseys side by side.

Both were in the first-team squad as Spurs beat Huddersfield 2-0 on Saturday, with Gazzaniga starting and Whiteman on the bench.

But Whiteman should drop out of the 18 on Wednesday night when Spurs take on Barcelona in the Champions League, while Gazzaniga’s starting spot seems set to be given to Hugo Lloris.

Captain Lloris missed Tottenham’s last six games but an injury update published on TottenhamHotspur.com on Tuesday claimed that the Frenchman was now “available for selection” again. 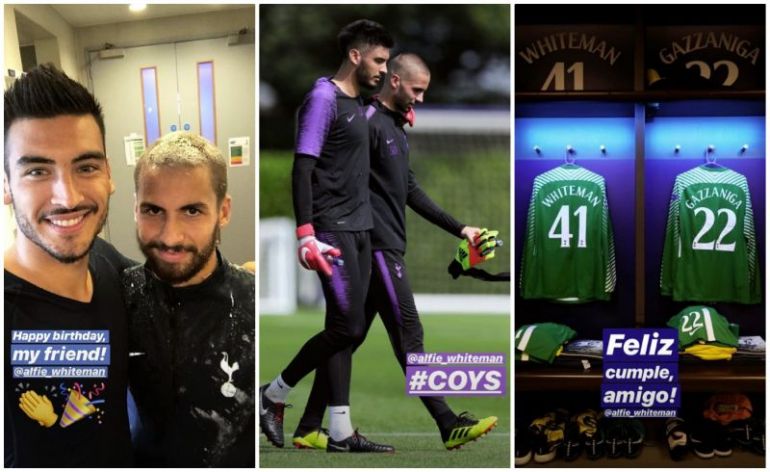 Jan Vertonghen, Mousa Dembele, Christian Eriksen, Dele Alli, Serge Aurier are missing though, according to the news published by Spurs..

Gazzaniga has made four appearances for Spurs so far.

He kept a clean sheet on his debut in a 1-0 win over Crystal Palace last season and has started in Premier League wins over Brighton and Huddersfield this term.

His biggest moment of the campaign so far came in the Carabao Cup as he saved two penalties as Spurs beat Watford in a shootout after paying out a 2-2 draw in 90 minutes.