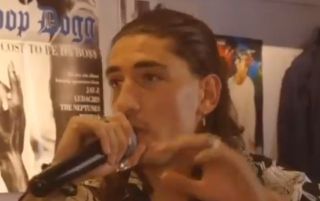 Arsenal right-back Hector Bellerin has revealed a hilarious anecdote from his time in the Gunners’ youth team.

The Spaniard joined Arsenal from Barcelona as a teenager and has since become one of the stars of the senior side, and is now increasingly a big name for what he does off the pitch as well.

In an interview with Copa 90, Bellerin discussed his interesting accent that makes him sound far more like a native Londoner than a foreigner, and he admits it caused a bit of concern when he first picked it up.

In fact, the 23-year-old revealed Arsenal called up his parents to discuss it as they were worried about the company he was keeping!

Watch the hilarious video clip below as he goes full gangsta towards the end, leaving the audience cracking up…