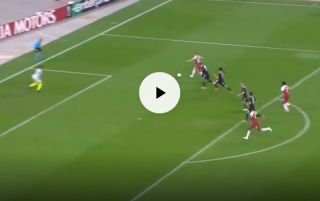 The youngster looks a real talent and has looked impressive in a rare appearance for the club this evening after being handed an opportunity by Unai Emery.

MORE: Arsenal just did something they haven’t done for 22 years with Sokratis goal vs Qarabag

Alex Iwobi set him up for the tidy low finish, with this goal rather satisfyingly made in Arsenal’s academy.

Both Iwobi and Smith Rowe rose through the ranks at Arsenal and are now doing the business for the senior side as well!

"A moment to remember for the teenager from Croydon."

Emile Smith Rowe with his first goal for Arsenal!