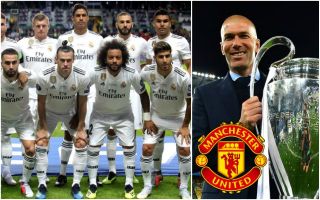 Manchester United have offered Zinedine Zidane a very tempting transfer if he does take the job of replacing Jose Mourinho – the signing of Marco Asensio from his old club Real Madrid.

Widely regarded as one of the top young players in the world, CaughtOffside understands United have identified Asensio as a target with whom to try to lure Zidane into accepting a position at Old Trafford.

Asensio shone under Zidane during the Frenchman’s three-year reign at the Bernabeu, and could be ideal to replace the struggling Alexis Sanchez in United’s attack.

The Independent are among the sources to suggest the ex-Los Blancos boss has some reservations about taking over at United at the moment, so some big moves in the transfer market could be just what’s needed to tempt him over.

Asensio ticks all the boxes, but it remains to be seen if it will be enough – as the move itself would also be a pretty ambitious one, as Zidane well knows.

Marco Asensio is wanted by Klopp and Liverpool

Real are not much of a selling club and will know the importance of keeping hold of Asensio after losing Cristiano Ronaldo in the summer.

CaughtOffside have also been told United have sounded out Mauricio Pochettino’s representatives over the possibility of leaving Tottenham for the Red Devils amid uncertainty over Zidane.

Current boss Mourinho could reportedly have just one game to save his job as various reports have stated this week’s fixtures against Valencia and Newcastle could be crucial for the Portuguese.

Don Balon have linked Asensio with United in the past, claiming earlier this year that the Premier League giants could try paying as much as €200million for him.