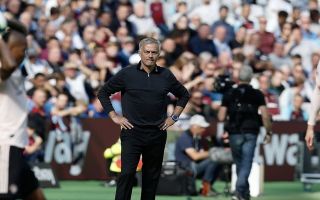 Ex Manchester United trainee and now Premier League pundit Robbie Savage blasted the current state of the club in his weekly column for The Mirror.

Savage’s professional career spanned around 15 years and the midfielder turned out for; Leicester, Derby, Birmingham and Blackburn amongst other clubs.

The all-action midfielder won 39 caps for Wales during his career, Savage is a player who was loved by fans of the teams he played for and loathed by fans of others because of various antics on and off pitch.

In his damning assessment of United, Savage highlighted in his column:

“Jurgen Klopp and Pep Guardiola face off at the top of the Premier League, while Jose Mourinho is floundering in mid-table.”

This opening statement from the Welshman couldn’t summarise the current situation with Jose Mourinho’s United side any better.

But as soon as the season started things quickly turned sour at United.

Firstly, fans weren’t provided with the marquee signing in defence that they had longed for and then came shock defeats to Brighton and Tottenham early into the new Premier League campaign.

“I wonder if Manchester United fans will be jealous of arch-rivals who are not just nine points ahead in the Premier League table already, but light years ahead in terms of the football they play.

“After another grim week at Old Trafford, if United were playing in your back garden this weekend while Liverpool and City were on the box, you would stay inside and draw the curtains.”

“That’s how far off the pace United have slipped.”

Despite such a glittered career at the height of the game, Savage, who came through the academy ranks at United never actually featured for the first team during his time at Old Trafford.

Although fans will see Savage’s comments towards the club who never handed him first team opportunities as ‘bitter’, the Welshman has perfectly summed up United’s fall from grace as the most exciting side in the country.