Manchester City boss Pep Guardiola has revealed that Kevin De Bruyne is in contention to feature against the Reds on Sunday, a month ahead of schedule.

The Belgian was ruled out of action for three months back in August after sustaining a knee ligament injury, but according to the Manchester Evening News, he could make a stunning comeback against Liverpool this weekend.

The Premier League champions are top of the table once again after seven matches, however, without their talismanic midfielder pulling the strings in the middle of the park Guardiola’s men have looked some way below their best.

A 2-1 home defeat in the Champions League groups stages against Lyon in September was the most glaring example of City missing De-Bruyne, where they struggled to create clear goalscoring chances and break down their opponent’s stubborn resistance.

The Independent reports that Guardiola dropped the bombshell during a press conference on Friday, stating that the 27-year-old will face a late fitness test before the huge showdown at Anfield, as he told reporters: “He made part of the training today, he’s training with us.

“We will see tomorrow (if De Bruyne can play vs Liverpool).”

This latest news will come as a huge boost to the Spanish boss and supporters across Manchester going into the clash against Liverpool, which is a battle between the joint leaders at the top of the table.

Even if De Bruyne only manages a cameo appearance, his presence alone could give the team a huge lift on the pitch and fully-fit or not, he always capable of producing something special. 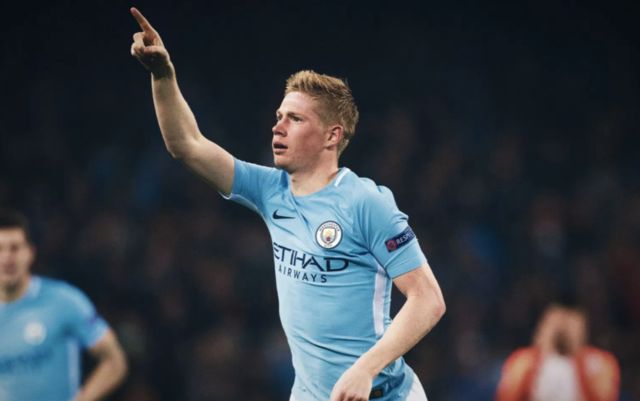 The Citizens have started the 2018-19 campaign strongly even without their star player and once he returns, they may be able to find their best form to blow away the rest of the competition, just as they did last term on their way to Premier League glory.