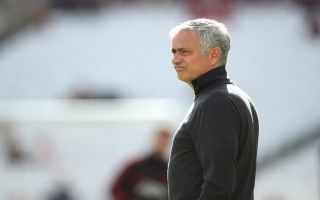 It has been sensationally revealed that Jose Mourinho could be sacked as Manchester United manager this weekend regardless of the results against Newcastle.

In a report published by the Mirror Sport this evening it is understood that senior United officials are ready to relieve the Portuguese football icon of his duties regardless of the outcome of United’s match against Newcastle tomorrow evening.

Mourinho’s position seems to be untenable after continuous fall outs with some of the club’s biggest stars like Paul Pogba and Anthony Martial.

Manchester United will have to part with a mammoth £20m in compensation to Mourinho should they decide to axe the 55-year-old.

Mourinho’s time at United will certainly be seen as a period of time fans will want to forget quickly; Mourinho’s United side have endured their worst start to a season in 29 years.

To add insult to injury United have suffered shock defeats to Brighton, Tottenham and West Ham in their disastrous start to the new Premier League campaign.

The Old Trafford outfit’s worrying start to the season was also topped off with a dull goalless draw against Valencia in the Champions League in midweek.

Fans hoped that despite the club’s poor run of form the idea of dazzling on ‘European nights’ would ignite some passion and desire into what is a severely dispirited side.

This was certainly not the case against Valencia and a change at the helm is the only option left as United search desperately for a way to get their season back on track.