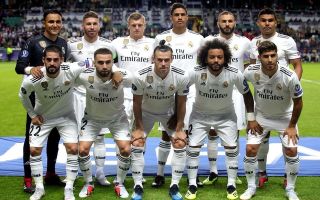 Real Madrid have identified their alternative to Neymar as their next ‘galactico’ signing as Julen Lopetegui works frantically try and pick up where Zinedine Zidane left off.

According to Spanish media outlet Don Balon Neymar’s Paris Saint Germain teammate Kylian Mbappe has been identified as Florentino Perez’s ‘plan b’ if a deal for Neymar doesn’t come to fruition.

It is believed that a possible transfer for Neymar is looking less likely given the Brazilian’s exuberant price tag which many including Madrid manager Lopetegui see as nowhere near worth the risk .

The report understands that Lopetegui would much prefer a marquee move for Kylian Mbappe as he favours the World Cup winner’s youth, quality, potential and most importantly is impressed by Mbappe’s off-field behaviour.

Mbappe would also offer Los Blancos with more versatility, the 19-year-old is equally clinical on both wings.

There is a stigma that has surrounded Brazilian superstar Neymar since the first marquee move of his career to Barcelona, while the 26-year-old’s status as a worldwide icon cannot be denied his passion and desire on the pitch can certainly be questioned.

Neymar offers little or no help on the defensive side of the game which could anger some of his teammates and Madrid need to fill the void left by Cristiano Ronaldo with someone who isn’t regarded as troublesome by the football world.

Mbappe is seen as safer option than Neymar and also a signing who possesses much more potential than the Brazilian.