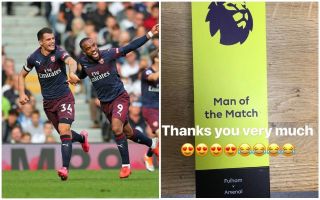 Arsenal starlet Matteo Guendouzi posted a photo on Instagram showing the Premier League Man of the Match prize for the Fulham game.

The Gunners won 5-1 at Craven Cottage with a superb performance from Alexandre Lacazette in particular as he was named the stand-out performer afterwards.

Guendouzi, however, took it upon himself to snatch it and post this photo on Instagram with the caption ‘thanks (sic) you very much’

Lacazette scored twice and set one up in Arsenal’s emphatic victory this afternoon, so was a deserving winner of the MOTM award, but he’ll have to wrestle it back off Guendouzi now – no mean feat if he’s anything like as combative as he’s been on the pitch this season! 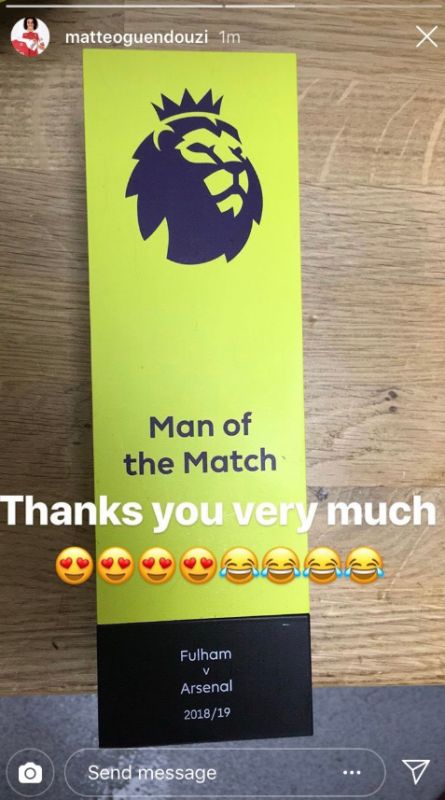