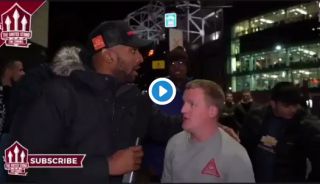 One Manchester United fan looked ready to burst into flames with anger after he saw his club beat Newcastle 3-2 in the Premier League yesterday.

Yes, that’s right, the Red Devils actually won a game of football for the first time in five matches, and they played pretty well for the most part, showing great character to come back from 2-0 down late on.

MORE: Manchester United did something they’d never done before in their 3-2 win over Newcastle

Still, this United fan felt it majorly papered over some cracks, which is perhaps a fair point.

That said, there’s probably not the need to be quite this angry after watching your team win a game of football…

This Man Utd fan was so angry he sounded like he was about to have a f**cking stroke! ?

Reminder that they did actually beat Newcastle yesterday…?