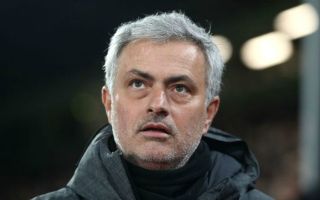 Manchester United can reportedly save themselves as much as £19million from the cost of sacking manager Jose Mourinho if they wait until the end of the season.

According to the Daily Mirror, the club had planned to give their manager more time to see if they could get themselves a Champions League place for next term, but some on the board feel they may have to make a change sooner.

United got back to winning ways yesterday as they came from 2-0 down to beat Newcastle 3-2, but their recent form has been a big worry.

It remains to be seen if Mourinho will last much longer, but the Mirror report that the Portuguese has some degree of safety due to the huge amount his club would have to fork out to part with him now, as well as the lack of an ideal replacement.

Despite plenty of talk about Zinedine Zidane coming in, the Frenchman is inexperienced and only shone in quite unique circumstances in his time at Real Madrid before stepping down in the summer.

The Mirror suggest some at United remain unconvinced by Zidane, with Tottenham’s Mauricio Pochettino also an option but perhaps unrealistic for the moment.

The piece explains that sacking Mourinho would cost around £29m now, but just £10m if the club wait until the end of the season and they fail to qualify for the Champions League.

Still, many fans would feel the team could quickly turn things around and do better to hold on to some star players if a change were made now, rather than allowing this negative patch to spiral any further.