Real Madrid are reportedly prepared to spend €250M in order to try and bring world class duo Mauro Icardi and Eden Hazard to the Spanish capital.

This is according to Don Balon, who note that the club’s main option to bolster their striking options is Mauro Icardi, and that the club believe that €100M may be enough to pry the Argentine away from the San Siro.

The report also notes that the Spanish giants are willing to fork out €150M in order to bring Hazard to the Santiago Bernabeu, a price that seems fair given how the Belgian has started this season.

Hazard has been on fire so far for Chelsea, with the winger’s performances for the Blues helping them maintain an unbeaten start to their campaign in all competitions.

Real have struggled so far with life under Julen Lopetegui, with Los Blancos having dropped a number of points in the past few weeks against teams they really should be beating.

The Spanish side have gone four games without a goal for the 1st time in the 21st century following their 1-0 loss to Alaves, and it’s clear that the club’s biggest problem lies in their attack.

Gareth Bale, Karim Benzema and Marco Asensio haven’t been all that so far this year, and it’s clear for all to see that Real are struggling to find the back of the net.

This is problem that will be solve should the club bring in both Hazard and Icardi, as both have shown in the past few years that they are some of the best attacking footballers on the planet. 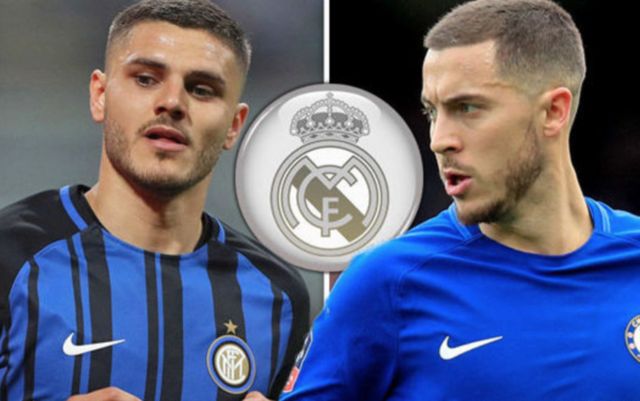 The Argentine has been constantly scoring 20+ goals in all competitions for Inter these past few years, and his goalscoring ability, combined with Hazard’s overall quality, will surely put a stop to Madrid’s woes in front of goal.