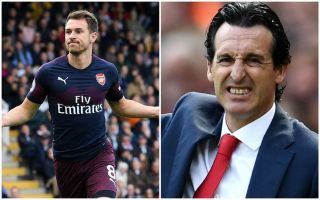 The Wales international is in a strange situation at the moment as he continues to be an important part of Emery’s first-team despite widespread reports that he’s set to leave the club.

MORE: Only one Man United star makes the BBC team of the week while Arsenal fill three slots

BBC Sport report that contract talks between Arsenal and Ramsey have broken down, but the north London giants may seriously want to rethink that after the 27-year-old’s superb performance in the win over Fulham at the weekend.

Coming off the bench in the second half, Ramsey scored one and made another in an emphatic 5-1 away win for Emery’s side. 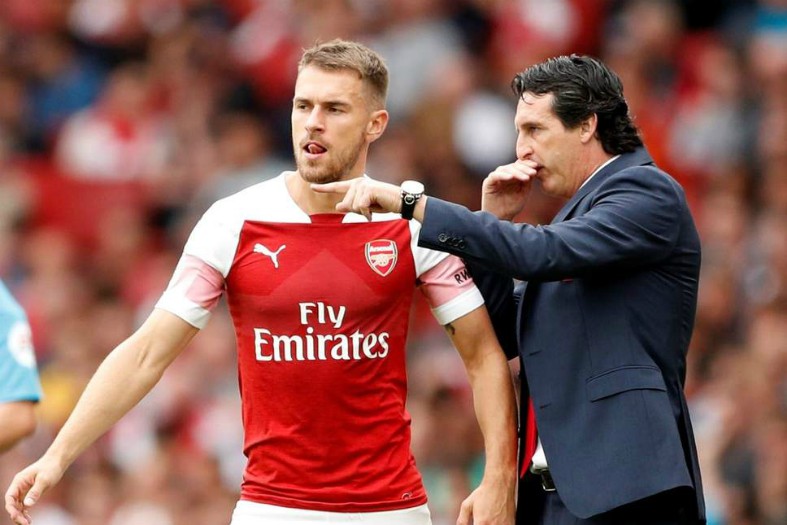 Tension between Aaron Ramsey and Unai Emery at Arsenal?

Ramsey certainly has the potential to be a key player for Arsenal, but it looks as though his agent’s relationship with the club may not be the best.

This Arsenal fan tweeted what looks to be an ironic dig at Emery by comparing him with Ramsey, but remarkably the Avid Sports & Entertainment Twitter account was seen to have liked it.

Make of this what you will… 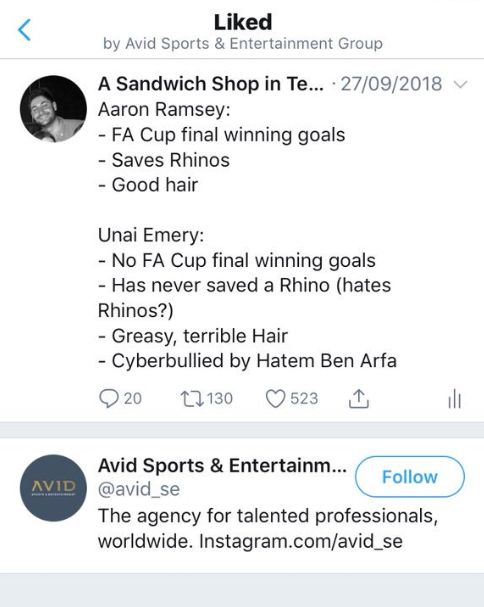