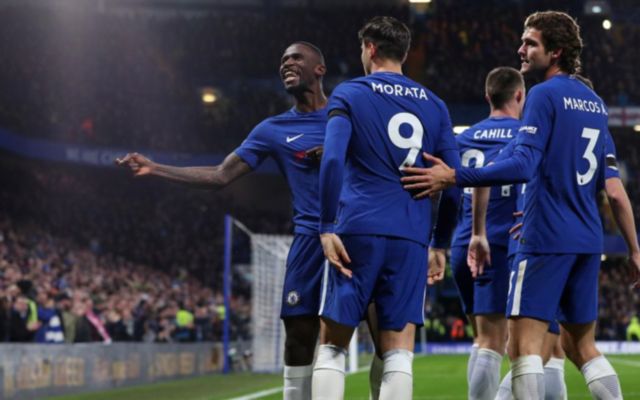 Chelsea defender Antonio Rudiger has confirmed that he has had to pull out of international duty with Germany due to a groin problem.

The 25-year-old has been an ever-present for Maurizio Sarri so far this season, playing a full 90 minutes in all eight Premier League games thus far while also featuring in the Europa League.

With that in mind, the last thing that the Italian tactician wanted to hear while he was away on international duty was that he had picked up an injury. As noted in the German international’s tweet below, he’s suffered exactly that and will now spend the break recovering from a groin problem.

I won’t be available for the @dfb_team for the upcoming 2 matches due to a groin problem. I will do some individual training sessions during the int. break and I’m confident to be back soon?? Best of luck to my German teammates for the next 2 games ???? #Hustle #AlwaysBelieve

With the likes of Andreas Christensen and Gary Cahill at his disposal to partner David Luiz, Sarri does have options in the heart of the Chelsea defence, but they’ve made a very positive start to the campaign and he will undoubtedly want to stay as consistent as possible with his selections.

Further, Chelsea have conceded just five goals in those eight league games, giving them the second best defensive record in the Premier League, which has been fundamental in their ability to sit joint top of the table.

Rudiger has merely suggested that he hopes to be “back soon”, and so Chelsea will now have to carry out further tests to determine how long they’ll be without their starting centre-half. With a clash against Man Utd coming up immediately after the break, it would be far from ideal to be without such a key player.