Helsingborgs defender Andreas Granqvist has confirmed Manchester United’s interest in his services and revealed he would be open to a transfer.

As Fotbolldirekt reported last week, the Red Devils have been lining up a potential swoop for the 33-year-old in January, as club manager Jose Mourinho looks to shore things up at the back following a disappointing start to the season.

United have conceded 14 goals in the first eight matches of the 2018-19 Premier League campaign, most recently shipping two against Newcastle at Old Trafford on Saturday before mounting a thrilling comeback to win 3-2.

Mourinho made his desire to sign a centre-back over the summer public knowledge, but he was ultimately unable to find extra cover for Eric Bailly, Phil Jones, Chris Smalling and Victor Lindelof.

Granqvist is a Sweden international and was one of his country’s standout players during their run to the quarterfinals of the 2018 World Cup in Russia.

Although he is approaching the latter stages of his career, his no-nonsense approach to defending and leadership qualities have attracted officials in Manchester and the Swedish star admits he would accept a move to Old Trafford if the opportunity were to arise, as Expressen reports.

“There is indeed interest… This time there is a kernel of truth (to the transfer rumours),” Granqvist told reporters on Sunday.

“I am honoured that I am linked to such a large club, and if there is a concrete offer in January, then both the club and I will accept that, but that is currently not the case.”

United are seven points behind joint leaders Chelsea, Manchester City and Liverpool in the title race at the moment and already out of the Carabao Cup, but their win against Newcastle proved that they have the capability to cause any team problems going forward.

The back-four is Mourinho’s biggest problem and a player like Granqvist would add a wealth of experience to his current squad while also being a strong figure in the dressing room. 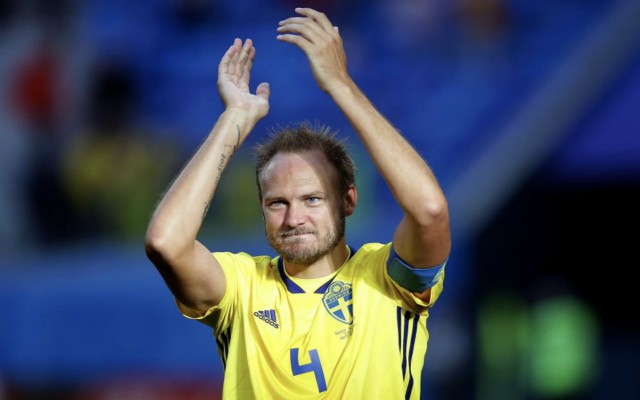 Keep an eye on this story which could quite easily develop after Christmas, particularly if United’s troubles persist on the pitch.