Real Madrid striker Marco Asensio is reportedly aware that the club is hoping to bring Eden Hazard to the Santiago Bernabeu in January.

According to Don Balon, Los Blancos president Florentino Perez is desperate to bring in an attacker capable of plugging the gap that Cristiano Ronaldo left, with the team struggling for goals and inspiration going forward.

As Football London reports, speculation linking Hazard with a move away from Stamford Bridge has been rife all summer and he could still be tempted by the Champions League holders when the transfer window reopens in January.

Don Balon states that although the Belgian is happy in his current role at Chelsea, he would favour a move to Madrid if things ever changed and Perez is adamant that he is the right man to lead the line in attack.

Asensio has just one goal to his name in La Liga this term after eight matches and at 22 years of age does not look ready to shoulder the burden as the club’s number one striker, which could see Hazard replace him in Julen Lopetegui’s current set-up.

Madrid lost 1-0 against Deportivo Alaves on Saturday, which extended their winless run to four matches and left question marks over their ability to match their European Cup-winning exploits last season come May.

Hazard meanwhile has been nothing short of sensational in the Premier League for Chelsea, having scored seven goals in his first eight appearances this term. 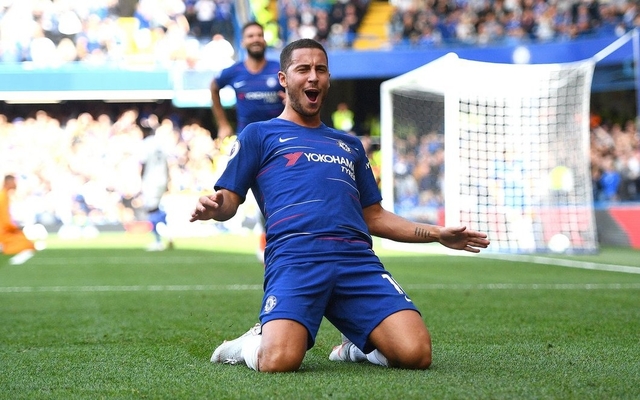 The 27-year-old star is crucial for the Blues and seems to be thriving under new boss Maurizio Sarri, which means that any bid from Madrid after the Christmas period would have to be huge to lure him away from the club.