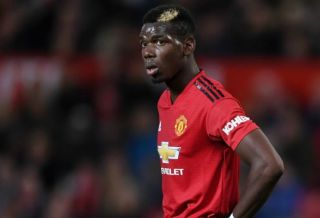 As noted by The Telegraph, concerns have been raised over the 25-year-old’s relationship with boss Jose Mourinho in recent weeks, leading to suggestions that he could seek an exit next summer.

Albeit the win over Newcastle United at the weekend lifts the tension and pressure for now, United haven’t enjoyed the best of starts to the season and that unsurprisingly has made the situation worse.

Nevertheless, it would appear as though the Red Devils don’t have to be concerned about Juventus making a move to take Pogba back to Italy next summer, as Paratici has effectively ruled out launching a bid for the French international.

“Pogba? We love him very much, we are tied to him but we never thought about it and we do not intend to think about it,” he is quoted as saying by Calciomercato.

The World Cup winner was a huge success in Turin in his last spell, emerging as one of the top midfielders in Europe at such a young age after arriving from Man Utd on a free transfer.

While a return would arguably make sense in terms of getting the best out of himself in an environment that could be better for him and with a chance to win major honours immediately, Paratici’s comments above would suggest that they will not be making an offer.

Much of course could change between now and the end of the season, as Juve’s needs might change and Pogba could be a great solution if he can be prised away from Old Trafford. For now though, his focus will undoubtedly be on using the win over Newcastle as a catalyst to ensure United have a successful season.