AC Milan have reportedly also set their sights on Jadon Sancho as the youngster continues to attract interest with his impressive form this season.

As per The Mirror, Chelsea, Tottenham, Man Utd, Liverpool and Arsenal are all keen on the 18-year-old, as he continues to shine for Borussia Dortmund so far this year.

The former Man City starlet has registered nine assists in 10 appearances in all competitions so far this season as he appears to be benefiting from regular playing time and the faith of his coach.

However, whether or not Dortmund are able to hold on to him remains to be seen, with the report above suggesting that a whole host of clubs from the Premier League are eager to take him back to England.

According to Calciomercato, Milan are now joining that pursuit albeit it’s suggested that he is valued at around €50m which arguably still makes him an expensive gamble at this stage of his career.

Despite his impressive start to the campaign in Germany, he has yet to prove himself consistently even across an entire season, and so the interested parties would surely be well advised to hold fire until he has done so to warrant his touted price-tag.

Milan would certainly benefit from having another option and dynamic in the final third, with the likes of Suso and Hakan Calhanoglu featuring heavily under coach Gennaro Gattuso.

Summer signing Samu Castillejo is also at his disposal, but time will tell if Sancho opts to leave Germany firstly, and whether it’s for England or Italy if the reported clubs all hold a genuine interest in acquiring his services next year. 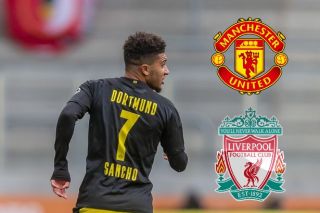