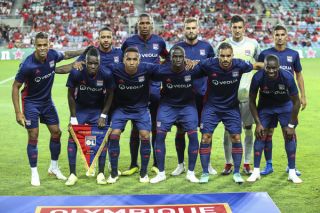 Barcelona are reportedly setting their sights on Lyon defender Ferland Mendy in order to address their lack of quality and depth in the left-back position.

After selling Lucas Digne this past summer, that has left coach Ernesto Valverde with only two real options in that department in the form of Jordi Alba and youngster Juan Miranda.

For a club like the Catalan giants who are looking to compete on various fronts moving forward, they seem to be an injury away from having a serious issue on their hands and that surely has to be rectified sooner rather than later.

With that in mind in order to address the lack of depth in that position, Mundo Deportivo report that they’ve set their sights on Lyon ace Ferland Mendy.

The 23-year-old is currently impressing for the Ligue 1 outfit both domestically and in Europe, and it seems as though his form has attracted the attention of Barcelona having also bagged a goal and an assist in seven league outings.

Having been an almost ever-present last season, he’ll be looking to build on that this year to prove that he can consistently deliver at the highest level and is capable of making that step up if a move to a European giant like Barcelona was to materialise.

It’s arguably reassuring for Barca fans that the club have acknowledged that the left back position is an issue that must be addressed sooner rather than later, but time will tell if Mendy is the best solution to the problem or if they consider their options before the transfer window opens in January or next summer.