Not content with winning all 10 of their matches so far this season, Juventus are being linked with a double swoop to strengthen their squad further.

The Bianconeri have been dominant both domestically and in Europe thus far, enjoying a 100% perfect record with the summer signing of Cristiano Ronaldo strengthening them significantly.

They look well on course to make it eight consecutive Serie A titles, but the Turin giants are seemingly not going to rest on their laurels, and are being linked with two new signings next year.

According to Calciomercato, Juventus have lodged a €10m plus bonuses offer for Braga starlet Francisco Trincao, although he has a €30m release clause in his contract and so they are some way off reaching an agreement it seems.

The 18-year-old has been particularly impressive at youth level for his country, scoring seven goals in 13 appearances for the U19s, and so he could be a potential option to bolster coach Massimiliano Allegri’s attacking options.

Meanwhile, that’s not the only Portuguese star that Juventus are linked with, as Calciomercato also note that Bayern Munich midfielder Renato Sanches is also of interest to the Italian giants.

After shining for Benfica and playing a fundamental role in Portugal’s triumph at Euro 2016, things have gone downhill for the talented 21-year-old since. However, he is starting to find his feet again this season, but a move away from the Bavarian giants could be a sensible decision for him to rediscover his best form.

With the likes of Sami Khedira and Blaise Matuidi on the wrong side of 30, an argument could be made that long-term options are needed in that department. Time will tell if Sanches is the solution that arrives to strengthen Allegri’s hand further as he continues to build a strong squad. 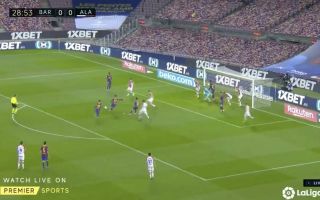