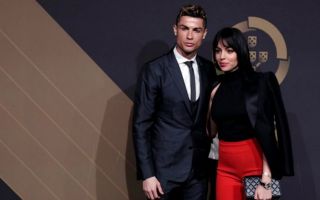 Georgina Rodriguez, the WAG of Juventus superstar Cristiano Ronaldo, has been slammed as sexist over a comment made on Instagram this week.

The Spaniard, who has 7.4 million followers on the photo-sharing social network site, has received plenty of critical comments after she posted a response to Antoine Griezmann and his partner Erika Choperena revealing this week that they’re going to have a baby boy.

MORE: Atletico Madrid star Griezmann reveals who he wants to win the Ballon d’Or this year & and it’s not Ronaldo or Messi

Ronaldo’s missus made reference to the fact that the son could in future be someone to monitor the lovers of their daughter Mia, who is two years old.

As well as this being a slightly bizarre thought to come into one’s head when discussing such young children, Rodriguez has certainly also shown very old fashioned values here if they do represent her true beliefs.

It may well be that she was making the comment in a slightly light-hearted way, but many have taken offence as it’s not clear if that is how she intended it, and with so many people following her it can send a bad message about women and their control over their own lives.

The Mirror reported on this and picked up some comments, with one saying: ‘Your comment is so sexist and it’s coming from a woman. How sad.’

Another user added: ‘Sorry but women control themselves. In the 21st century you are writing such a stupid comment.’

This, however, is hardly the biggest news concerning the Ronaldo family right now as Der Spiegel report of rape allegations against Cristiano.