Liverpool winger Xherdhan Shaqiri insists he has a good rapport with Jurgen Klopp and hopes to be used in a number 10 role in the future.

The Swiss international moved to Anfield from Stoke City this summer in a £13 million deal – as per the Telegraph – but he has found first-team opportunities hard to come by in the first few months of his Liverpool career.

The 27-year-old has started just two games in all competitions this season and finds himself behind Mohamed Salah, Sadio Mane and Roberto Firmino in the pecking order at the club.

The Reds are joint top of the Premier League after eight matches and seem poised to mount a genuine title challenge, with a strong defence, energetic midfield and one of the most potent attacking forces in European football.

Despite his lack of playing time, Shaqiri believes he is on the cusp of a regular spot in the first XI and he has offered an insight into his relationship with Klopp on Wednesday, as the Liverpool Echo reports.

“I have a very good relationship with Klopp,” said the midfielder.

Shaqiri went on to reveal his favourite position on the pitch, stating he prefers a more central role where he can influence the game more freely, as he continued: “It is certainly different for you as a player to have such freedom as a number 10.

“The trainer gives me the freedom and I try to use it so that I can help the team as much as possible. With decisive passes or with shots.”

The strong attacker was speaking ahead of Switzerland’s UEFA Nation’s League clash against Belgium on Friday, which is the first of two games in the competition for his country over the next week. 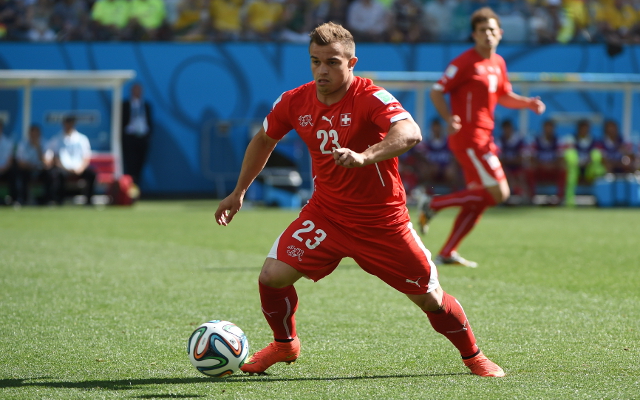 After facing off against Iceland next Monday, Shaqiri will return to Anfield and switch his focus to a domestic clash against Huddersfield on October 20.

The Swiss star could be in line for a starting berth in that particular game and if he continues to push hard while showing his immense qualities whenever he gets the chance, Klopp may consider using him more often in his attacking set-up heading into a busy Autumn schedule for the Reds.