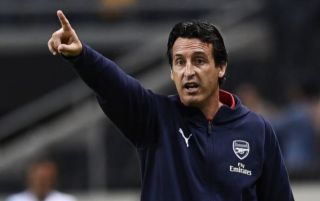 Arsenal have been on a fantastic run of late under manager Unai Emery, something that may be down to one certain player’s presence in their side.

Lucas Torreira, who impressed massively for Uruguay at the World Cup this summer, may be the key to the Gunners’ recent success if this stat is anything to go by.

The Uruguayan international had to wait a while before being handed his debut with the north London side by Emery, something that seems to have turned the club’s fortunes around.

As tweeted on Twitter, Emery’s side seem to be a different kettle of fish whenever Torreira is in their side compared to when he isn’t.

The Gunners have scored more than double the goals when the midfielder is in their side, and have also conceded more than three times as less when he’s on the pitch.

This stat shouldn’t be really come as a shock to anyone who’s seen Torreira play, as the midfielder Kante-esque play style is key to the Gunners breaking down their opponent’s play and starting counter attacks.

Torreira’s play style is very tenacious and aggressive, and his desire to win the ball back as soon as possible seems to be playing a big part in Arsenal’s recent upturn in form.

And who knows, of Torreira continues to be selected by Emery and maintains his current form, the Gunners may find themselves well in with a shout at the title this season.