Cristiano Ronaldo has instructed Juventus to target Barcelona full-back Jordi Alba in January and beat Manchester United to the punch in the process.

According to Sport English, the Premier League giants are interested in signing the 29-year-old, who has stalled talks over a new contract at the Camp Nou.

Red Devil’s boss Jose Mourinho will be looking for defensive reinforcements when the transfer window re-opens and the Spaniard would certainly add quality to his squad, having been one of the best defenders in European football over the last few years.

Alba has over 250 appearances under his belt at Barca and has won La Liga four times during his time at the club, while also picking up a Champions League winner’s medal back in 2015.

However, United are not the only potential suitors keeping a close eye on the Spain international, as according to Don Balon, Cristiano Ronaldo wants Juventus to spoil his old club’s transfer plans with a January swoop for the player.

Don Balon reports that Alex Sandro could be on his way out of Turin in the near future, which would leave a gaping hole in Massimiliano Allegri’s starting line-up that could be plugged by the arrival of Alba. 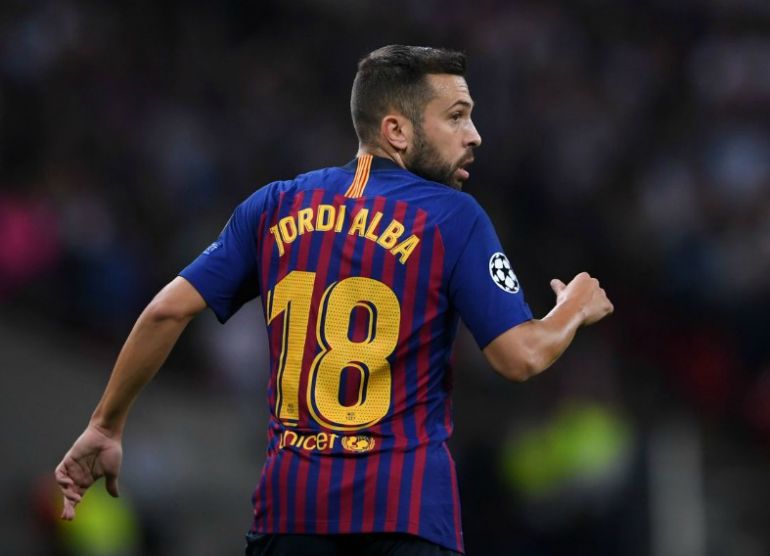 Juventus have won all ten of their matches at the start of the 2018-19 campaign, while Man United have won just five of their 11 fixtures, which has seen them fall seven points behind their rivals in the Premier League.

United’s need seems to be greater at this moment in time, but the Italian champions are among the best teams in Europe and have the star power to lure any player to their club, as proven by their summer swoop for Ronaldo.

Whether or not Barcelona would be willing to sell Alba is anyone’s guess at this stage but with his current contract due to expire in 2020, the clock is ticking for the club to cash in on their most prized defensive asset.