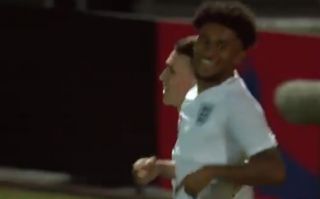 Arsenal starlet Reiss Nelson continued his fine start to the season with a sublime goal on his debut for the England Under-21s.

Showing superb imagination to flick in with a close-range back heel, Nelson is showing just what a talent he can be for Arsenal, following on from his fine form on loan at Hoffenheim.

The 18-year-old became part of the Arsenal first-team last season, but still looks some way from being a regular starter.

Still, if he carries on like this it might not be too long before he forces his way into the plans of Gunners boss Unai Emery.

Here’s a video clip of Nelson’s goal, with some tweets from excited Arsenal fans who enjoyed the moment…

What a goal from @ReissNelson9 as he marks his @England U21 debut with a cheeky finish. ? (? @btsportfootball) pic.twitter.com/67soVIGrvG

Reiss Nelson just did this 20 minutes into his England u21 debut. What a prospect. pic.twitter.com/s7LYq4ZykW

Reiss Nelson goal has made my night a little bit better ??

Get in Reiss Nelson my son!, can't wait to have him in the first team squad next season for Arsenal?? 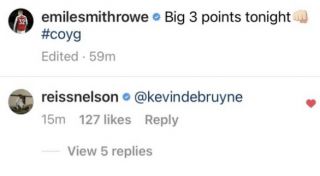