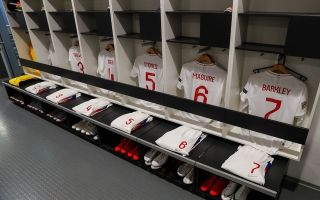 England’s confirmed line-up for tonight’s UEFA Nations League encounter against Croatia brought negative reaction from fans who questioned Gareth Southgate’s decision to include certain players. With one star being singled out in particular.

England are looking to get their Nations League campaign back on track after suffering a 2-1 defeat to Spain last month.

See More: Klopp insists he doesn’t want to go down in history for the wrong reasons at Liverpool

Southgate also handed Brighton stalwart Lewis Dunk his first international call up after James Tarkowski was ruled out with injury.

Check out the confirmed England and Croatia line-ups below:

Barkley was brought back into the national team setup after returning to regular first team action in the Premier League under new Chelsea boss Maurizio Sarri.

Fans have questioned the decision to start Tottenham’s Eric Dier with fans concerned with the 24-year-old’s lack of creativity from central midfield.

Check out their reaction below:

Too negative playing henderson and dier. Would’ve been good to see Maddison or Sancho.

Not enough creativity in the middle of the park. Glad to see Barkley starting though.

Should’ve had Henderson sitting and Maddison instead of Dier.

Dier, there’s no other word for it

Fine except for Dier

How is Dier even in the squad, never mind starting games

Why oh why oh why is Dier playing!?? Throw me a freaking bone here. He’s dog turd! What are we gaining from putting him in!??

Gareth Southgate will be hoping his side can exact revenge on Croatia – who knocked England out at the semi-final stages of the World Cup this summer.