Former England striker Emile Heskey has been beaming in his assessment of Jadon Sancho ahead of his first taste of senior international football.

The Borussia Dortmund teenager has been included in Gareth Southgate’s matchday squad against Croatia in the UEFA Nations league on Friday, after impressing with his displays in the Bundesliga.

The 18-year-old has featured in all seven fixtures for the German giants at the start of the new League season and has an incredible six assists to his name already, along with one goal.

SEE ALSO: Confirmed England vs Croatia line-ups: ‘Too negative’ – Fans blast Gareth Southgate’s decision to start this England star
England v Croatia Live Stream – ‘Behind Closed Doors’ – Will you be Watching the Nations League Clash?
Video: Arsenal wonderkid scores beauty on England U21 debut and these Gooners are loving it

Sancho has a bright future in the game if he continues to develop at such a dramatic rate and England could welcome a new hero if he comes off the bench to feature later on tonight.

According to the Express, ex-Liverpool and Three Lions centre-forward Heskey praised the young starlet in the pre-match build-up, labelling him a ‘phenomenal’ talent.

“These young lads showing that they have no fear and can go out there and perform,” Heskey said while reporting for Sky Sports, as per the Express.

“You look at the performances Sancho has put on for Borussia Dortmund at the age of 17, 18, it’s been phenomenal.

“Just keep giving him the ball and let him do it.

“The others, it’s just great to get out there and perform and play on the pitch with some experienced players as well.” 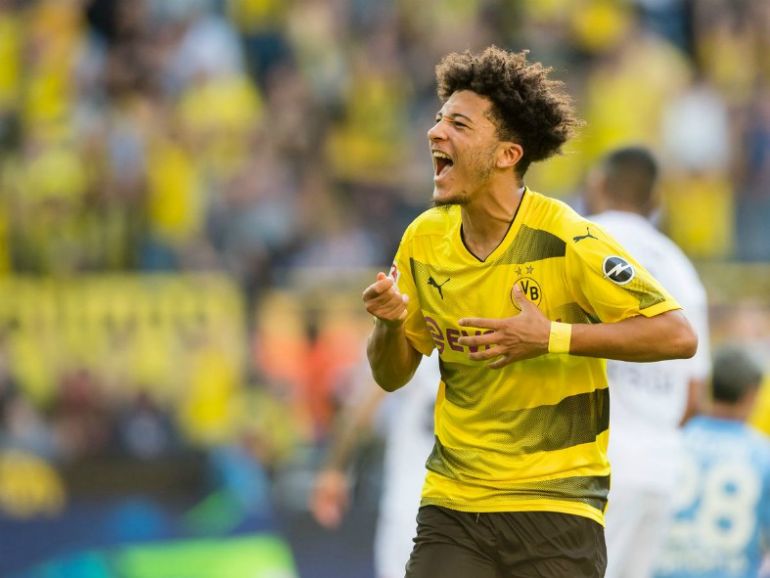 Tonight is a replay of the World Cup semi-final in Russia back in July, which Croatia won 2-1 after extra-time on a heartbreaking night for England.

A win tonight would go some way to banishing the memory of that result for Southgate’s men, not to mention get them off the mark with three points in their Nations League group, with a clash against Spain to come on Monday.

Sancho is the name on everyone’s lips at the moment and if he gets the chance to prove himself don’t be surprised if he shocks the world once again with his immense talent.