Lionel Messi is reportedly the person at fault for Barcelona making the costly decision to get rid of Paco Alcacer this summer just gone.

This is according to Don Balon, who note that the Argentine not being in favour of seeing Alcacer in the first team was the main reason the Spaniard was loaned out to Borussia Dortmund, and that Messi’s want for Suarez to play no questions asked is why he didn’t want Alcacer playing in the first team.

Dortmund reportedly want to make Alcacer’s loan move permanent for £23M as per Bild, something that looks to be a costly mistake made on Barca’s part.

The Spaniard has been in the form of his life so far this season, with Don Balon noting that the player has scored a total of nine goals in around 200 minutes of game time, an absolutely ridiculous record that even Messi himself would be proud to boast.

The former Valencia man struggled during his time in Barca, as he failed to land a first team role with the Spanish giants before being loaned out to Bundesliga outfit Dortmund this past summer.

Barca could’ve really done with keeping Alcacer, as Luis Suarez has been declining for years now, and it won’t be long before the club are going to be forced to replace him.

And it looks like Ernesto Valverde’s side are going to lose Alcacer to Dortmund if Bild’s report is anything to go by, something that looks like a huge mistake that makes Messi responsible. 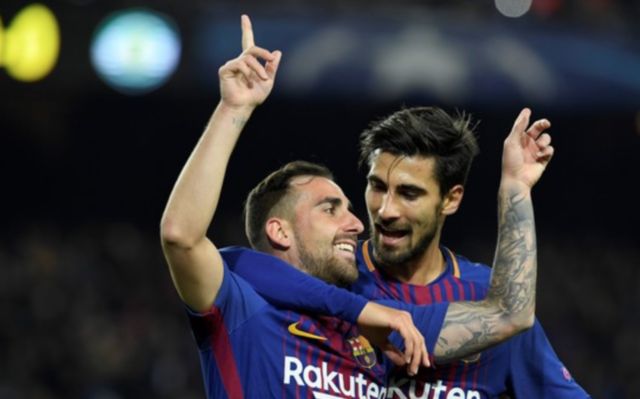 Alcacer looks set to join Dortmund permanently, something that looks like a big mistake on Barca’s part

Maybe next time, Messi will think twice before deciding who he does and doesn’t want to see in Barca’s starting XI….