Juventus manager Massimiliano Allegri is Manchester United’s number one choice to become the club’s next manager if Jose Mourinho leaves.

The Portuguese boss has come under intense scrutiny in recent months for United’s poor performances on the pitch, which have seen the club fall seven points behind their title rivals in the Premier League after just eight matches this term.

Defeats against Brighton, Tottenham and West Ham in the league showed up the team’s defensive issues while also highlighting their lack of potency in attack, despite a plethora of world-class talent available to the 55-year-old coach.

There have also been reports of a discord behind the scenes, between Mourinho, his players and club officials, which have only added fuel to the fire surrounding rumours of his imminent sacking – as per the Express.

The Express states that Zinedine Zidane has been the frontrunner to succeed Mourinho in his role at Old Trafford, however, a new candidate has emerged on Friday.

According to Calcio Mercato, Man United representatives have made contact with Allegri’s entourage at Juventus, as the Red Devils see him as the perfect man to transform the club back into major trophy contenders.

The Italian boss has won 11 major honours during spells with AC Milan and Juve, helping to guide the latter to seven consecutive Serie A titles. 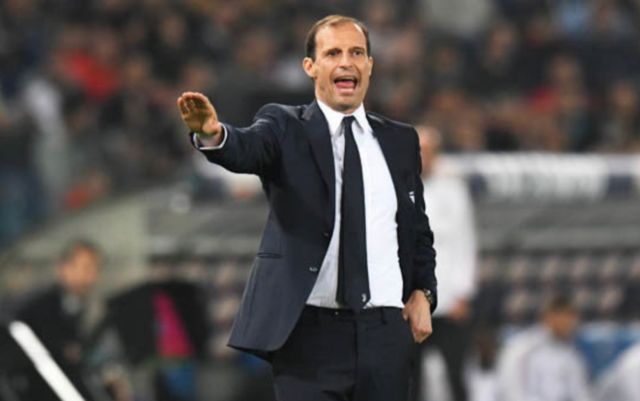 He has also led the Old lady to two European Cup finals and his side are the bookie’s favourites to win the competition this season, having purchased Cristiano Ronaldo from Real Madrid this summer.

Calcio Mercato reports that Allegri is fully focused on his job in Turin, but if Mourinho’s troubles persist in Manchester then the club might step up their pursuit of the revered head coach in the near future.