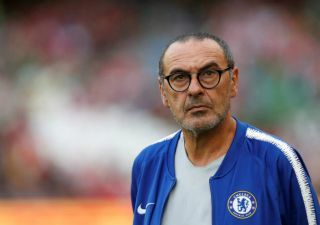 His impressive form for Brescia has reportedly already alerted Italy’s biggest clubs, but now Chelsea are said to be eyeing a big-money swoop for Sandro Tonali.

The 18-year-old defensive midfielder has already bagged three assists in seven Serie B games so far this season, providing a glimpse into his creative ability in a deeper role.

As per Calciomercato, both AC Milan and Juventus were amongst the clubs to be linked with making a €15m move for the talented youngster last week, but now it appears as though they could face stiff competition from Chelsea.

According to The Sun, Maurizio Sarri wants to take Tonali to Stamford Bridge and the Blues have been linked with making a £20m move for the Italian starlet.

With the former Napoli coach’s preferred style of play in mind and what he requires from his midfielders, Tonali would fit the bill perfectly it seems. As seen with the likes of Jorginho and Mateo Kovacic, Sarri needs technically sound individuals in that department who are comfortable in possession and have the vision and ability to play a passing game.

Tonali can certainly offer that, and given his age, he will undoubtedly only improve and develop further with experience and maturity that will come with playing time.

It remains to be seen whether or not a move abroad appeals more if the clubs mentioned above are all eager to snap him up, but Sarri will be fully aware of the Italian market and has seemingly spotted a young talent that he believes could be a long-term solution for him at Chelsea.

Particularly with Kovacic set to return to Real Madrid when his loan spell expires at the end of the campaign, it could be a wise move.

As noted by Calciomercato, Tonali has been compared to Andrea Pirlo given the similarities in their playing style and position. Based on the video below, it’s easy to see why even though he undoubtedly has a long way to go to reach that level…