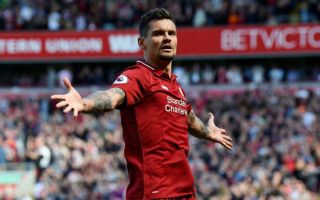 There wasn’t a great deal of action in the first half of Croatia’s clash with England on Friday night, but Dejan Lovren provided a memorable moment for some Liverpool fans it seems.

The 23-year-old still hasn’t been forgiven as evidenced every time he returns to Anfield, as without fail he continues to be singled out with jeers whenever he touches the ball.

Given he’s won a Premier League title and a League Cup since joining City, he may not care too much about that, but clearly Liverpool fans still do.

As seen in the tweets below after Lovren went straight through him while trying to make a tackle in the clash between Croatia and England, these Reds fans were delighted that their centre-half managed to get stuck into their former winger.

It remains to be seen who has the last laugh, but clearly there is no love lost when it comes to Sterling and many Liverpool supporters who remain far from impressed with him…

Not the best tackle you’ll ever see Dejan Lovren make…

Lovren trying to wipe out sterling ???

Hahah lovren getting sterling there ???

Mo may have scored from a corner but Lovren just kicked Sterling up into the air. Not sure which i prefer