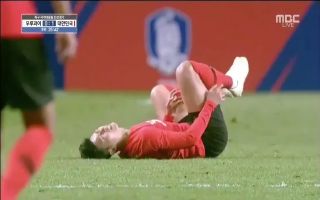 The Uruguayan midfielder has become a fan favourite since joining the Gunners after the World Cup this summer and the 22-year-old made sure he will go down as a ‘cult hero’ with his challenge on Son.

Torreira nailed Son with a strong tackle in the first-half of the contest, this match was by no means a ‘friendly’ to Torreira.

Check out the video of the tackle below:

Torreira is really out here pic.twitter.com/e0HYLgEB3F

The North London Derby will be vicious this year Arsenal will be looking to make a statement under new manager Unai Emery.

Arsenal need to take back the throne of North London after Tottenham have enjoyed success in the Premier League under Mauricio Pochettino in recent years.

The first North London derby of the season will be contested on December 2nd.