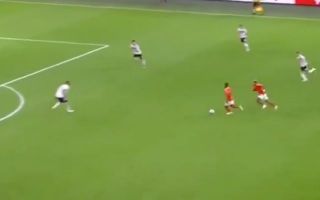 It was a night to forget for Germany and Joachim Low as they fell to a comprehensive 3-0 defeat to the Netherlands on Saturday.

The two sides clashed in the UEFA Nations League, and it was the hosts who came out on top after Virgil van Dijk had headed them into a lead in the first half.

Memphis Depay double that lead late on, but the Netherlands weren’t done there either as Georginio Wijnaldum stepped up and scored a superb solo goal, as seen in the video below, to make it a great night for Liverpool’s star men.

In contrast, it piled the misery on Germany who have now lost five of their last nine matches, while they have also now failed to score in their last three games against South Korea, France and Holland.

With that in mind, Low has serious issues to overcome to get them back on track, but time will tell if he’s given the opportunity to oversee the turnaround.

For the Dutch though, it was a memorable night and a great win to give them plenty of confidence moving forward.

And that Arabic commentary ??