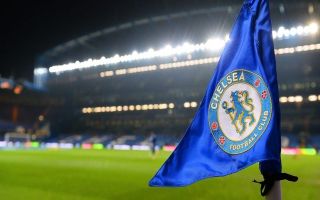 AC Milan have sensationally threatened to cancel Tiemoue Bakayoko’s loan move at the Italian giants and return the flop back to Chelsea, Bakayoko joined the San Siro outfit on loan this summer.

The Frenchman who joined Chelsea last summer for a reported £40m according to BBC Sport, could be forced to return to Chelsea in the January transfer window after failing to impress Milan manager Gennaro Gattuso.

Mirror Football earlier reported that Gattuso believes that the 24-year-old doesn’t have the required maturity to play in midfield.

Gattuso recently had this to say on Bakayoko:

“Bakayoko has to learn how to get the ball,”

“We must work correctly. It will not be easy.

“One week is not enough to remove the defects of a player. I would have preferred to be managing older, more experienced club players.”

Bakayoko found himself out of favour at Stamford Bridge after disappointing fans with his performances following his big money move from Monaco.

Here is some reaction from Chelsea fans to Bakayoko’s loan move potentially being cut short:

Just give him away for free

You can keep him

Can we get a refund from @AS_Monaco_EN ? A lot of defects.

The polite way of saying. He’s absolute shite have him back.

It’s also worth noting that new Chelsea manager Maurizio Sarri has so far struggled to find a way to implement the talented Cesc Fabregas and Ruben Loftus-Cheek into his stacked midfield contingent.

Chelsea will have to deal with this situation as quickly as possible as the midfielder isn’t wanted back at Stamford Bridge.