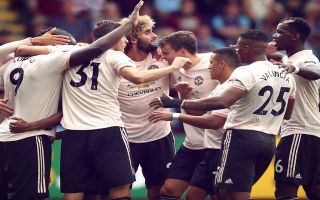 Manchester United left-back Luke Shaw is close to agreeing a five-year contract extension with the Red Devils according to a report by The Express.

Shaw’s current contract at Old Trafford is set to expire at the end of the season and the Express reported that the England left-back is on the verge of agreeing new terms which will see the 23-year-old pocket an improved £150,000 per week.

See More: Manchester United: What Sir Alex Ferguson said to David Beckham after he kicked boot at him, solution to problems with Mourinho and Pogba

Shaw joined United from Southampton back in the summer of 2014 for an initial fee reported to be £27m according to BBC Sport.

Shaw’s 4 years at United have unfortunately been plagued by injury and their were questions as to whether the left-back could live up to his potential before this season.

According to reports, Luke Shaw is set to sign a new 5-year deal at Manchester United after an impressive start to the season.

Fair play to him. He's fully turned his United career around ? pic.twitter.com/3aSLEfUXP1

Shaw seems to have rejuvenated in Jose Mourinho’s side this season, starting 7 of United’s opening 8 Premier League fixtures.

Shaw’s impressive performances for United this season led to Gareth Southgate recalling the left-back into the England setup after a long hiatus due to his injury problems and lack of playing time at United in recent seasons.

Shaw’s turnaround for the Red Devils is truly remarkable and the future looks bright for the Southampton academy graduate.