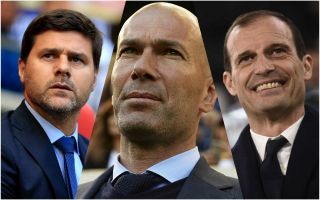 A bit of fun here for you, Manchester United fans – supposing the big-name managers out there could sign three of their best players from their last jobs upon arrival at Old Trafford, which combination would you go for?

While most of the talk has generally been about Zinedine Zidane, there have also been one or two other names inevitably thrown about after Jose Mourinho’s struggles this season.

The Independent recently explained that Tottenham manager Mauricio Pochettino would be favoured over Zidane due to question-marks over the former Real Madrid boss’ suitability for the role.

Calciomercato, meanwhile, have also linked United with an interest in Juventus manager Massimiliano Allegri, and the Mirror translated reports from Italy linking them with former Chelsea chief Antonio Conte.

Earlier in the year, Don Balon also linked Atletico Madrid’s Diego Simeone with the Red Devils job, and though his name has not come up since, one imagines he’d be considered as he so often seems to be when the big jobs become available.

Here’s a look at the three stars United would surely want to follow each of these managers, and we’ve ranked the top five from worst to best in terms of how that would reshape the first-choice MUFC XI…

(We say worst to best, but the truth is these are all pretty good, so it wasn’t easy…) 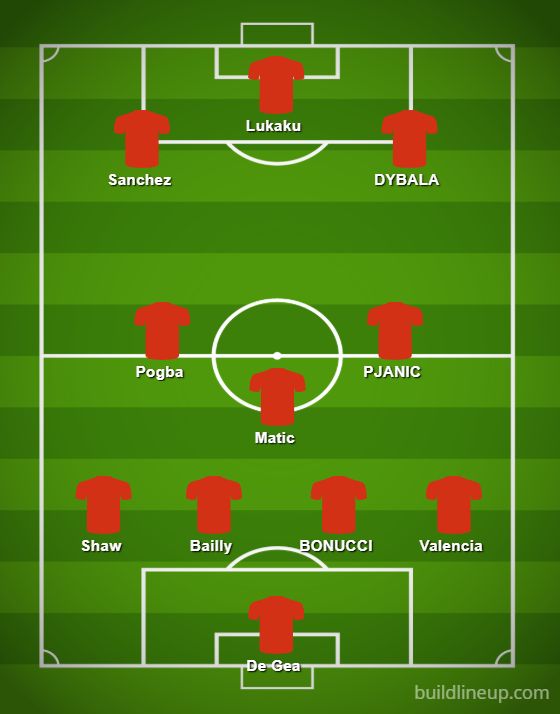 Whether these really are Juventus’ three *best* players is another thing up for debate, but hey, we went for three big names in positions United could do with strengthening, and the above is what we got.

Leonardo Bonucci, although slightly on the old side, is one of the very finest centre-backs in the world and an instant upgrade on most of the options Mourinho currently has in that position.

Miralem Pjanic is a superb creative midfielder who’d surely get in ahead of Fred, Ander Herrera, Juan Mata and anyone else who could play that position, while Paulo Dybala would be another welcome addition to add some spark further forward.

And yet, we ranked this stellar XI fifth on our list! 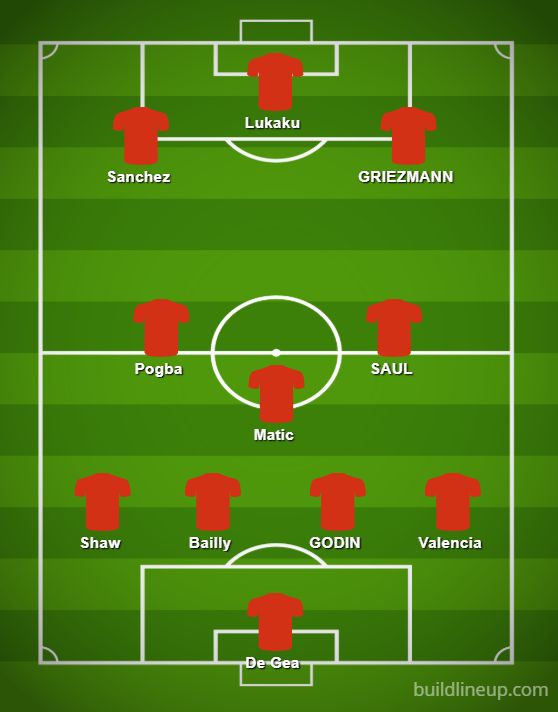 Diego Simeone and this lot at Manchester United? Yes please!

This is another pretty excellent XI under Diego Simeone – who would be wise to pick Diego Godin, Saul and Antoine Griezmann as his trio to raid from Atletico Madrid.

Of course, managers do raid their old clubs sometimes (see Maurizio Sarri pouncing pretty quickly for Jorginho this summer), but getting these three in would be very ambitious, and expensive.

Godin would be another world class centre-back addition to improve that problem area, Saul is one of the top young central midfielders in the game, and Griezmann is another obvious candidate to boost that attack alongside Alexis Sanchez and Romelu Lukaku.