The Spain international has shone in his time at Stamford Bridge, and could be ideal to help Los Blancos get back to their best this season.

According to Don Balon, Lopetegui would be keen to sign Alonso as a replacement for the ageing Marcelo, whose form this season has taken a bit of a hit.

Meanwhile, Madrid in general have not looked themselves and seem in need of a shake-up, with Don Balon reporting that Lopetegui feels he can turn the team’s form around if he’s given more new signings. 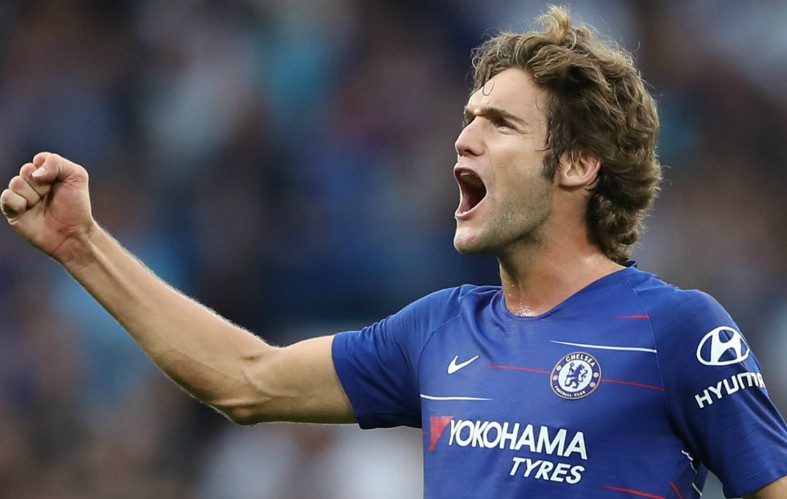 Marcos Alonso has been linked with a transfer to Real Madrid

The piece goes on to say Ramos would approve of this deal as he knows Alonso well from their time together with the Spanish national team.

Chelsea already lost Thibaut Courtois to Real this season so would no doubt love to avoid another star player making the same move.

The Blues have made great strides under Maurizio Sarri after he replaced Antonio Conte in the summer, so must surely keep this squad together if they are to build on this fine start to the season.