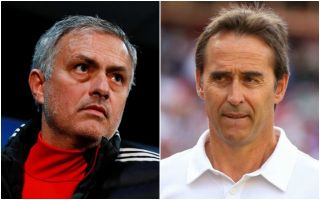 Manchester United and Real Madrid are both reportedly admirers of Tottenham manager Mauricio Pochettino as they could be prepared to make changes in the dugout next season.

If they or any other clubs do succeed in snapping up the highly-rated Argentine tactician, Bournemouth boss Eddie Howe is said to be the leading candidate to replace him at Spurs, according to the Telegraph.

Pochettino has worked wonders at Tottenham considering the resources at his disposal in comparison to their big six rivals in the last few years.

The north London giants are now regulars in the Champions League and usually there or thereabouts in terms of challenging for the Premier League title.

And after decades in the shadow of more historically successful rivals Arsenal, Spurs have now finished above them in the league table for the last two seasons in a row.

There seems little doubt Pochettino could do a great job if snapped up by a bigger club, and it’s little surprise the likes of United and Madrid are being linked after their struggles this season.

Jose Mourinho has not lived up to expectations since taking over at Old Trafford in 2016, while Julen Lopetegui has made a highly unconvincing start at the Bernabeu this season after taking on the tough job of replacing the immensely successful Zinedine Zidane.

Howe is another exciting prospect in management, having led Bournemouth up the divisions in some style, and he seems a natural successor to Pochettino if and when he moves on to bigger things.