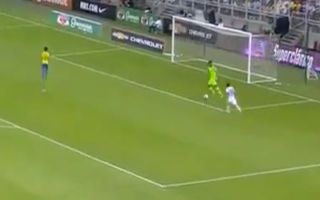 While he should be commended for his courage and quality on the ball, Liverpool and Brazil goalkeeper Alisson should also perhaps pick his moments better.

The 26-year-old undoubtedly possesses great technical ability and he has shown on countless occasions how effective he can be on the ball with his distribution to start attacks.

After his horror blunder against Leicester City earlier this season though, he was almost guilty of another against Argentina on Tuesday night, as seen in the video below.

Having run the risk of being caught out as he let the ball run across him while clearing his lines, Alisson could have easily been left red-faced in this situation.

Fortunately for him, he wasn’t punished. However, it will surely act as another reminder for the shot-stopper that he must be more careful with his decision-making and know when not to hesitate on the ball.

Having said that, it’s also about finding the right balance to ensure that he doesn’t lose a key strength of his play…