The 21-year-old has been a key player for his club since the 2016-17 season, and has made great progress since then, becoming rated as one of the top young midfielders in Europe.

Calciomercato have recently linked Barella as a target for Liverpool, which makes sense given their habit of finding top young players and giving them more of a chance than many other big clubs.

The Italy international, valued at around €50million by his club, is now also said to be attracting interest from Arsenal, according to Gazzetta dello Sport, as translated by the Metro. 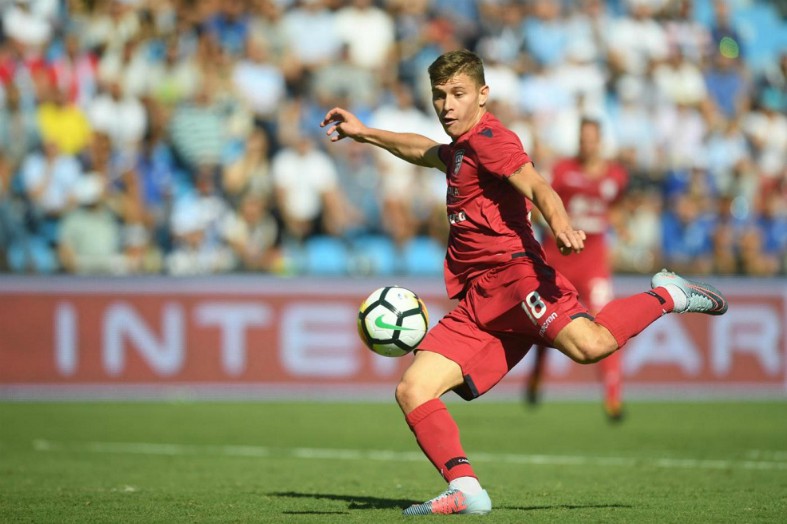 Nicolo Barella is a reported transfer target for Arsenal and Liverpool

Barella could be an ideal signing for Arsenal as they will surely need to make additions in midfield soon, with ESPN and other sources reporting of Aaron Ramsey’s likely departure from the Emirates Stadium as he nears the end of his contract.

Barella looks a similarly talented box-to-box player who could be ideal in Unai Emery’s side.