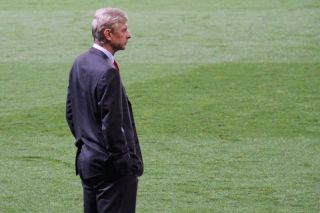 Former Arsenal manager Arsene Wenger has stated that he will resume his management career in the new year and suggested a role at international level.

The 68-year-old has been out of work since leaving the Emirates back in May, after a 22-year tenure as Arsenal manager which yielded immense success for the club.

The Frenchman won 17 major trophies during his time in North London, most notably three Premier League titles, the last of which was achieved after an unprecedented unbeaten season.

However, the last decade of his reign turned sour as the Gunners fell behind their main rivals in the battle for the title and ultimately ended up finishing outside of the Champions League places.

Wenger finally called time on his Arsenal career this year despite his deep love for the club and the game, but he is now ready to return to work, as he told German publication Bild on Tuesday: “I believe that (I will) start again on January 1. I don’t know (where) yet. I feel rested and am ready to work again.”

The veteran coach then hinted at his possible destination, naming a role in Japan as one of his main options along with a potential opportunity with a national team.

“There are associations, national teams, it could be also (in) Japan,” Wenger added, as per Bild.

“From my 22 years at Arsenal, I have big experience on different levels. There are enquiries from all over the world.”

Wenger’s illustrious career is not coming to a close any time soon if his latest comments are anything to go by and I am sure football fans across the world will be willing him to succeed in whichever role he takes up in 2019.

He will rightly always be regarded as one of the best managers in the modern era and his innovative style of play lives on in the Premier League and across Europe in the teams which have chosen to follow his successful blueprint of free-flowing attacking football.